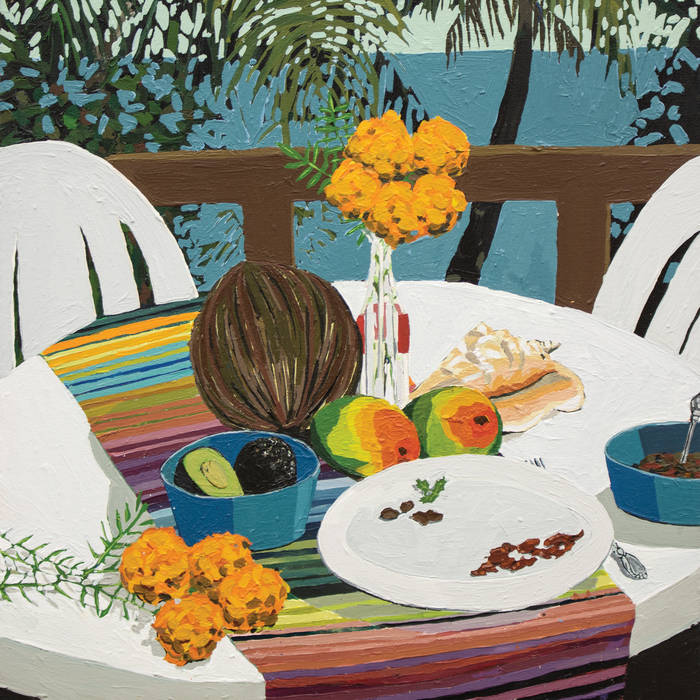 i luv mondays on BFF.fm

Luke Sweeney began writing 'Peace Meal' in a San Francisco apartment overlooking the Pacific Ocean during 2014. The goal was to make a record quickly, before questions on the meaning of it all could reach him. The initial recording took place in October 2014 with longtime friend and collaborator Robin MacMillan at Faraway Sounds in Brooklyn, and by the end of 2015 the tracks were left mostly in the producer’s hands as the album traversed several incarnations during the following years. Then, on a fateful night in April 2018, just as the final mixes for the album were being completed, an astrological grip intercepted Sweeney’s life when he awoke to find his infant daughter no longer breathing and the toughest of life’s questions falling all around him.

Originally intended as a heartfelt follow-up to 2014’s 'Adventure:Us', 'Peace Meal' still serves that purpose, but the songs took on even greater significance in the wake of Sweeney’s personal tragedy. In reflecting on the songs, Sweeney now considers the album a communion with the spiritual realm - an imperfect but sincere offering to a higher source, an appeal to our better nature. Perhaps the songs were the fruit of a communicative collaboration between this plane of existence and another; Sweeney says the lyrics to ‘Great Wide Ocean’, written on the studio floor long before his daughter Rishi was conceived, came to him as if sent from another realm.

Ultimately, the arrival of 'Peace Meal' feels like something of a rebirth for Sweeney and his decade-long catalog of musical output. Stripped of all pretense and expectation, the toughest of life’s questions are brought to the table. Meanwhile, breezy melodies and buoyant beats soundtrack what is musically Sweeney’s most pop-oriented album to date, serving as the perfect complement to his thoughtful and compassionate lyrics. Looking back on the whole thing, Sweeney had these words to offer - ”When the wheel stops spinning and the gears fall apart, the consciousness of the artist comes alive and puts a beat back into our collective heart.”

Dedicated to Rishi -
One day I’ll be with you again in your realm. Until then, this music is something we can share.

Thanks to Rohini and Pele for sticking with me.

A bicycle crash left a young Sweeney with his jaw wired shut for six weeks, and in recovering, his sustenance was on a guitar. What was he chasing?

Bandcamp Daily  your guide to the world of Bandcamp

Featuring appearances from Kari Faux, Bluestaeb and and interview with NY-bred artist Wiki